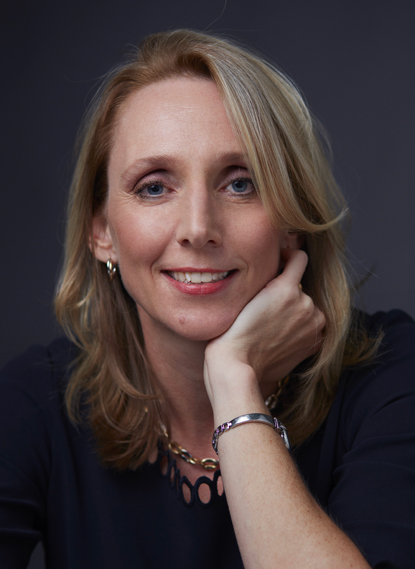 Retail industry needs more women in data science and IT

The consumer products industry needs an injection of female talent into traditionally male-dominated areas such as data science and IT, says LEAD advisory board member Hanneke Faber.

Hanneke is a member of the executive committee of Ahold Delhaize, international food retail group, operating supermarkets and e-commerce businesses. Its 22 local brands employ more than 375,000 associates in 6,500 stores in 11 countries. The new company formed in July 2016 from the merger of Ahold and Delhaize Group. As Chief E-Commerce and Innovation Officer of Ahold Delhaize, she is responsible for the company’s e-commerce business.

She believes cutting-edge data science and IT capabilities will be critical for the future of Ahold Delhaize as a retailer, and that women should play a bigger role in the field. “We have hired literally hundreds of new IT and data science engineers in the last two years to drive our e-commerce business, but sadly, few were women,” she says

“These are exciting, hot roles at the heart of a growing business. Work needs to start at a grass-roots level within the education system, to encourage women to consider technology-related careers.”.

Hanneke welcomes the fact that companies in the Netherlands are beginning to invest in awareness campaigns and training in technology from an early age, to ensure a better distribution of skills among the next generation. But she says the retail and consumer products industry has some way to go before achieving the level of diversity it needs to compete effectively.

The will to win
Competition is something Hanneke knows all about. She is a former seven-times Dutch national springboard diving champion who attended college in the US on an athletic scholarship before turning to the business world.

She has found many parallels between sport and business. “By working hard, applying strong personal discipline, taking some risks and creating teams with diverse skills, you can reach your goals,” she says.

Role models
After college, Hanneke joined Procter & Gamble, working in Greece, Switzerland and the US. “I stayed with P&G for 20 years, because they gave me so many opportunities.

“I never planned to be there that long, but working in different businesses and countries always provided new challenges and ways to learn. I took them, rather than worrying about whether they were the right career moves.”

Hanneke found plenty of female role models within the company. “I feel lucky to have worked for several different female executives at P&G. When you see that other women can lead huge, global businesses successfully, and have fulfilling lives at home, that becomes the norm.”

The four most important things in life
One piece of advice she received early in her career has stayed with her. “A woman told me that there are really only four things in life: you, your partner, your children, and your career. And then she added that you can probably only ever do two things right, so make sure you rotate them. So true! Perfection in everything, all the time, does not exist.”

Choose what you like to do and what you are good at. You will be much happier!
•
International mobility can be key to success, so don’t be afraid to take up overseas opportunities
•
Keep things in perspective – if you get it wrong, there will always be another chance. As Hanneke used to say when she worked on Max Factor at P&G, “There is hardly ever a mascara emergency.”
•