LEAD Network is an organisation run by its members, for its members and currently has about 70 volunteers working together on its different committees to achieve the LEAD mission and vision. LEAD would like to thank the individuals below who put together an exciting programme for LEAD’s 2017 event in Amsterdam! 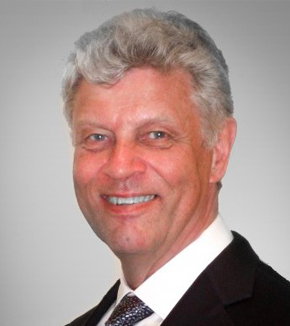 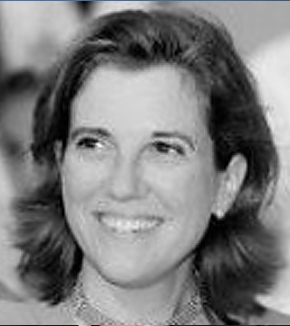 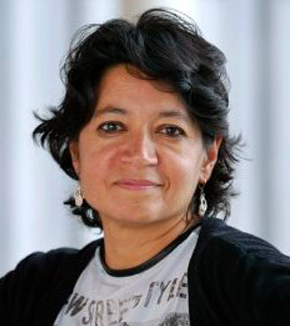 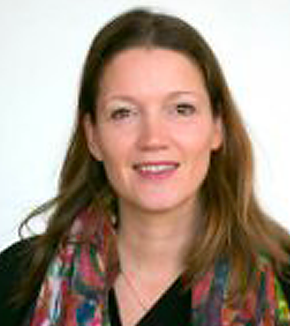 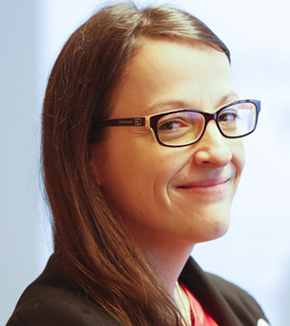 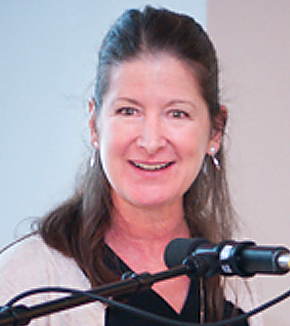 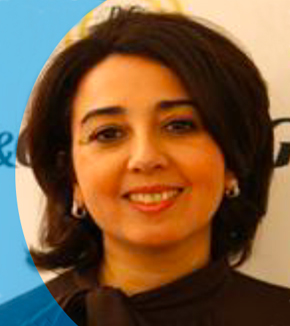 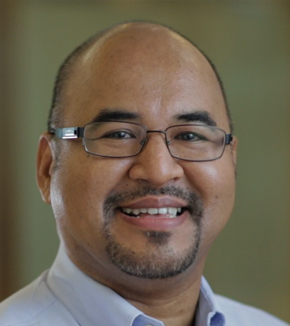 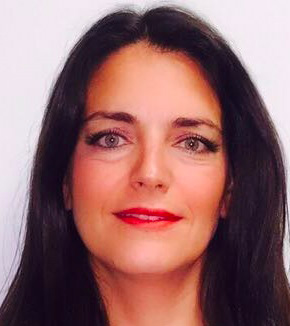 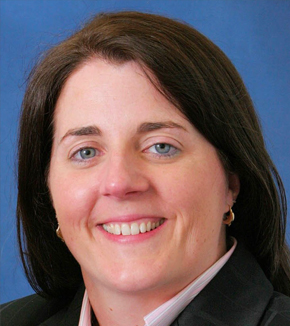 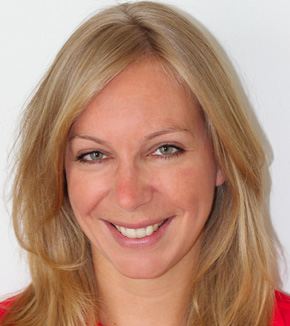 Mick Broekhof is Secretary of the LEAD Foundation and member of the Executive Committee. In 2011 he facilitated the start up of the LEAD Network with 13 women executives from his network and he has therefore been called the Founding Father of LEAD. In his professional life, Mick manages Kalypso, a global consulting firm exclusively focused on innovation. His focus is on the consumer goods and retailing industry. Mick is married and lives with his wife on one of the canals of Amsterdam. He has two adult sons. His passions are cooking with friends and taking riding trips on horseback with his wife.

Veronica Cabedo has 20 years HR experience in FMCG & Retail companies, where she held both local and international roles. Passionate about people and organisations, her most recent challenges were working on organisation development, team coaching, talent management and L&D.

She recently decided to follow her dream and become HR consultant and coach, focusing on supporting leaders and organisations drive sustainable transformation – leveraging differences to strengthen teams and increase both performance and engagement. She is particularly attentive to developing a compelling sense of purpose and promoting authentic leadership.

Veronica comes from a multi-cultural background (speaks English, French, Spanish and Dutch) and lives in Brussels with her husband and 2 children.

Laura Halfas, Department Manager for Marketing Operations & Traceability at METRO Systems GmbH, has more than 10 years of experience in retail and information management.
She studied retail and foreign trade at the Business College for Economy and Information Technology in her hometown. Following this, she received her Bachelor Trade and Commerce Professional at Institute for Management/International Chamber of Commerce, Essen, Germany.

Before starting her career in METRO Laura worked for different retail and consulting companies in buying, sales and the IT division. In 2008 she joined METRO, where she worked for 7 years in the Supply Chain Management IT division. She started as Consultant and Project Manager. She worked on and led different international Supply Chain IT projects and in 2014 became the Program Manager for METRO’s Country Warehouse Logistics IT. After a long time in Supply Chain IT Laura changed to Customer Marketing IT. In 2015 she became the Department Manager for WebShops & the Customer Online Portal, before taking on her current position at the end of 2016.

Sharon always knew she wanted to be a foreign exchange student. While studying in an Argentinian high school in her senior year, she discovered the world was bigger than Milwaukee where she grew up, and she has never stopped traveling since.

After Chaco, came Paris. Sharon’s experience at the ESSEC business school in France not only ended up with a diploma in one hand, but a wedding ring on the other. Needless to say, her French improved quickly as she set up her new home in Paris with her husband Marc.

Little did she know her first professional experience in France would take her to out in the field selling to radiologists. At General Electric Medical Systems, Sharon took on the role as marketing director to develop the women’s healthcare market in Europe.

After ten years in the medical imagery business and a sabbatical leave to travel around the world with Marc, Sharon joined CIES – The Food Business Forum. Now called The Consumer Goods Forum, Sharon led the Marketing, IT and Supply Chain Programmes to develop industry initiatives for joint collaboration along the value chain.

Today Sharon drives the LEAD Network as its Executive Director. LEAD’s mission is at the heart of everything she does – to attract, retain and advance women in the consumer goods and retail sector through education, leadership and business development.

Subarna Malakar is the Vice President, Global Diversity and Inclusion for Ahold Delhaize. In this role, he is responsible for implementing Global D&I strategies and programs that are effective, sustainable and achievable.

Prior to Thomson Reuters, Subarna was with Unilever, based in Singapore where he led the global external diversity relations, global diversity and inclusion communications, global diversity learning and flexibility programs. Under his leadership, Unilever won the prestigious 2013 Catalyst Award. He was also instrumental in winning European Diversity Award 2012, the Women in Leadership: China’s Most Friendly Employer 2012 and the WorkingMums.UK Employer of the Year Award 2012.

Prior to that, Subarna was a Workforce Diversity Director for Sodexo in North America, where he helped leaders develop and implement diversity and inclusion strategies for clients, customers and employees. He also provided direction and strategies to Sodexo’s eight Global Employee Resource Groups and Cross Market Diversity Council. Subarna was also responsible for the overall program management for Diversity Business Leadership Summit, a premier annual diversity event for Sodexo attended by the top executives and clients across the Fortune 500 companies.

Interestingly, Subarna’s career began in technology. He was previously a program manager for Marriott International, systems engineer for the Department of Defense and a computer intelligence specialist for the U.S. Army during Operation Desert Storm and Operation Restore Hope.

Subarna holds a Masters in Business Administration from Temple University, Fox School of Business and a Bachelors Degree from the University of Maryland from USA. Subarna was born in Nepal, grew up in the U.S., and currently lives with his wife and daughter in Mclean, Virginia.

After completing her BComm and MBS first class honours degree in 1990, Val Quinn started her career in the UK in sales with RHM and CPC/Unilever. She returned to Ireland in 1994 and worked for R&A Bailey (now part of Diageo) for three years as international marketing projects manager. She joined Mars/Masterfoods Ireland in 1997 and had various marketing roles over seven years there.

She joined Coca-Cola Ireland in 2004 and continues to work there. Quinn joined as retail marketing director and was promoted to managing director in 2007. She managed and grew the Coca-Cola Irish business for nearly 4 years before taking on the challenge of Global Customer Director role in 2011.

In that role, for 3 years, she managed their global Foodservice partnership with Compass PLC ensuring year on year growth delivery. Quinn’s remit then changed to manage the Petrol Convenience channel Internationally. Thus since Oct 2014, Quinn has partnered with customers such as Shell International. With Shell Quinn continues to drive the Non- alcoholic beverages category as well as work together on a broad range of holistic initiatives such as Hydration, Digital campaigns as well as helping to shape the Lifestyle choices global strategy with Shell. Given the strong partnership between The Coca-Cola Company and Shell, Shell awarded Coca-Cola with the Global Category Captain Award for Lifestyle Choices.

Jessica is the Key Account Manager for Global GAP. Prior to that, she joined the LEAD Network in July 2016 as Programme Manager. Following completion of an MA in Modern Languages and Business Management at the University of St Andrews, she moved to Paris where she perfected her French during a stint in the finance department at Hogan Lovells, before moving to The Consumer Goods Forum. There she spent seven years working for the Global Food Safety Initiative, first as coordinator and eventually heading up the Initiative. In 2016 she moved to Vancouver for a one-year career break where she spent all of her time outside the office either on a mountain, on a bike or near the ocean, before moving to the Netherlands where she worked for LEAD based out of Haarlem.