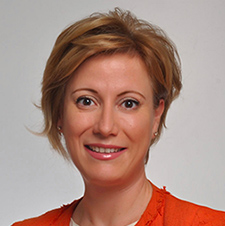 Fusun Tavus is the Secretary General of the Food Retailers Association and Chain Stores Association in Turkey, and is the driving force behind LEAD’s network in Turkey in her capacity as Chair of the LEAD Turkey Local Chapter. She organises monthly networking breakfast meetings in Istanbul featuring speakers which are constantly attracting new members.

I have a colourful career history. I worked in many different sectors such as tourism, real estate, exhibition and show business which enabled me to travel the world and work with different nationalities. The variety in my career made me a results-oriented problem solver which helped me a lot while raising a child as a single mother. I was the General Manager of the Istanbul Shopping Festival for about 4 years where I met almost all key players in the Turkish retail industry. That’s how I was assigned as the Secretary General of two big retail associations in Turkey, the Food Retailers Association and the Chain Stores Association. For the last two and a half years I have been dealing with issues in the retail industry on a daily basis. I have also been the LEAD Network Turkey Local Chapter Chair since July 2015.

During my career, I was always one of the very few women in boardrooms. I was often in search of women leaders in the industry when we were publishing our magazine or organising a press conference. I realised that there were women directors or managers as the heads of IT, HR, marketing or sales departments but the number was extremely low when it came to top management positions. That’s why I didn’t hesitate for a minute when I was approached by LEAD to run the LEAD Turkey Local Chapter. LEAD is dealing with an issue where we really need to build awareness. I believe that the 21st century will be the century of women leaders.

What would you say is one of the most adventurous or riskiest moves you’ve made professionally?

I accepted a job which made me travel to Ethiopia and Djibouti (East Africa) in my first month. Organising trade fairs all around the world was a completely new experience for me, the company was new and I had big responsibilities. It was the most adventurous move in my career. I remember that at one point I was leaving home with two pieces of luggage, one for the summer and one for the winter as I had to be in Germany for a week and then in Senegal for another two weeks. I enjoyed and learned a lot playing a significant role in the growth and success of the company which is still one of the biggest international exhibition organisers in Turkey.

What would you do differently in your career?

We have a saying in Turkish about career choices: being a small fish in a big tank or a big fish in a smalI one. I experienced the corporate culture after I got my MSc degree in the UK. On my return, I worked for Turkey’s biggest glassware company for a short time. Then I decided that I wanted to be a big fish in a smaller tank. I wanted to have a more influential role with more responsibilities. Therefore, I chose to work for smaller companies. Now looking back, I wish I had gained more multinational corporate experience although I experienced big challenges in the earlier stage of my career. I worked very happily in every job I had and I still love coming to my office every day. I feel lucky about it.

If you could go back in time, and give your 20-year old self a piece of advice, what would that be?

I would advise my 20-year-old self not to worry so much about failing in business, marriage or losing time. Those are the best opportunities to learn. I also would like my 20-year old not to hurry all the time. Life is long enough to achieve the important stuff and the pleasure is usually hidden in the moments.