<- Back to the Advisory Board page 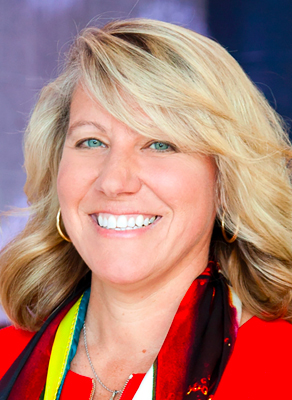 Julie Hamilton is Chief Customer and Commercial Leadership Officer of The Coca-Cola Company. Previously she served as Executive Assistant to Chairman and CEO Muhtar Kent. Before that, she served as President of the Global Wal-Mart Group, responsible for leading Coca-Cola’s relationship with Wal-Mart around the world.

Hamilton joined The Coca-Cola Company in 1996 and has held a variety of sales, marketing and operational positions including Group Vice President of the North America Wal-Mart Team, Vice President of Global Customer Development, Group Director for Global On-Premise Customers, Director of Franchise Sales and Marketing-Northwest US Region, Group Manager for the Worldwide Marketing Partnership with Blockbuster and Brand Development Manager of Still Beverages.

Prior to joining Coca-Cola, Hamilton worked for Anheuser-Busch where she held positions in marketing and domestic/international beverage sales.

Currently, Hamilton serves on the boards of the Network of Executive Women in Retail, Children’s Miracle Network and Students in Free Enterprise (SIFE). As a champion of women in business, she also has served as President of the Coca-Cola Women’s Forum from 2005 to 2007 and continues to mentor fellow associates and youth in the community.

Hamilton grew up in Genoa, Italy, Seattle and St. Louis. She attended high school in LeMans, France, studied at Vanderbilt University and London’s Imperial College of Science and Economics. She graduated from the University of Missouri with a Bachelor’s degree in Journalism.