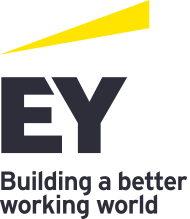 “According to the WEF Global Gender Gap Report 2017, it will take until 2234 to achieve global gender parity in the workplace. At EY, we believe it is far too long and we are committed to do what we can to accelerate women’s progress in the workplace. The Consumer Products & Retail sector is going through a significant transformation. Diversity of thought and experience, in particular at senior level management, will be critical to navigate change and improve companies’ performance. We are delighted to join forces with LEAD to help achieve its objectives and drive momentum.”

Elaine Parr was once described as ‘quirky’ early on in her path to Partner. Now EMEIA Advisory Leader for Consumer Products and Retail, Elaine is valued for her different perspective and authentic leadership.

Elaine Parr was always determined to go her own way. Not only was she the first member of her family to go to university, she also chose to study biochemistry, a subject in which only around one in ten students were female.

And yet, throughout her career, she has often felt the need to prove herself worthy of success. Her decision to do an MBA was not about being equipped, but about feeling equipped.

“I am proud to have ‘MBA’ after my name,” she says, “but I no longer feel the need to ‘seek permission’.” 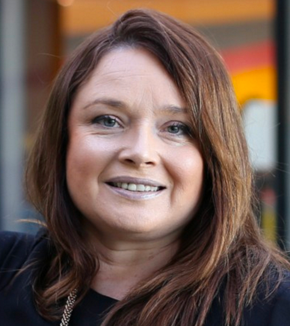 She describes biochemistry as a default choice, taken because she was good at science. “Science is about thinking logically and being disciplined. Once you get to an advanced level you find out there are more unknowns than knowns associated with certain chemical reactions and enzymes and so on,” she explains.

When Elaine graduated she knew she had a strong degree under her belt but wanted to work in the business rather than the scientific field, and found herself drawn to the consumer products industry, which she describes as accessible, fast moving and tangible.

The challenge of talking about your own abilities

Elaine’s first job was in sales and marketing for industrial gases company Linde, where she thrived. But when asked why this was, she hesitates.

“I suppose I discovered I was good at building relationships,” she says. “It’s difficult talking about your own talents, isn’t it?”

“Women never want to blow their own trumpet, they always feel the need to apologize for talking about what they’re good at.”

She enjoyed her role and wanted to join a large consumer brand, so did a diploma in marketing which empowered her to land a job at Colgate-Palmolive. She spent some time in an account role, before moving into trade marketing, then marketing.

The shift into consultancy

Yet despite her success, confidence was still an issue. “Although I was somebody who was doing well, I didn’t feel like I was tooled up from the business perspective,” she says.

Hence the decision to study for an MBA, which she did between 2003 and 2007, alongside working for PricewaterhouseCoopers as a consultant for Nestle in Switzerland.

The switch from client side to consultancy she describes as tough: being on a project and having a client felt entirely alien. She managed to adapt, but found her abilities soon brought her difficulties as well as opportunities.

Her new client was impressed by her on-the-ground industry expertise, but a senior colleague on the project seemingly felt threatened. Elaine took control, not by tackling things head on, but by speaking to the people around her. The issue was resolved. It was a tough time but a great learning as a new consultant.

“If something’s not my strength I go to the people who I know are brilliant at it. You can check whether what you are doing is right, get others’ opinions and stretch your thinking”.

PwC was acquired by IBM, which Elaine describes as a valuable experience because it gave her an insight into how clients feelwhen they are acquired. Then in 2007, she was headhunted to join EY, attracted by the challenge of helping to build a successful new consulting business. Her individual perspective and quirkiness contributed to her becoming a Partner in 2015.

“’Quirky’ has stayed with me,” she recalls. “But I’ve always been true to myself and not felt I should change to fit in.” These days, clients value her for being different – in this age of disruption, diverse perspectives and ideas are highly sought after.

Elaine also had to prove herself from a business case perspective, which she did by taking her EMEIA role. She developed a passionate interest in emerging markets, particularly Africa, which she describes as a huge and humbling opportunity.
The mother of a young daughter, she still relishes the travel element of her job, which she manages with support from her husband.

During her time at EY, Elaine has received ongoing mentoring from Adrian Edwards, Managing Partner of EMEIA Advisory, who is well known for his support of women in the workplace and has helped build her self-confidence.

“Somebody like Adrian is really powerful for me,” she says. “He’s senior, he’s been around the block, and he’s happy to tell me it like it is and help me work through the challenges we face”.

In turn, she tries to advance the diversity agenda herself, believing it’s not enough merely to pay lip service. She is a member of LEAD (Leading Executives Advancing Diversity), a business mentor to pupils at Guildford High School, and a volunteer for the charity Future First, which enables alumni to go back into their old schools and foster the skills of the next generation.

When asked what she prizes most about herself, Elaine feels more comfortable talking about her team’s achievements than her own. But when asked how others would describe her, she finds it easier.

“I think they’d say I’m energetic, passionate, fun. I get the job done and done well but most of all I am someone who cares about stuff. People matter. Clients matter.”

You are not going to solve things alone and the best thing is to speak to people, she says. I consult all the time on everything.

Go to the Ahold Delhaize partnerpage