When Cassandra Speaks, We Should All Listen

When Cassandra Speaks, We Should All Listen 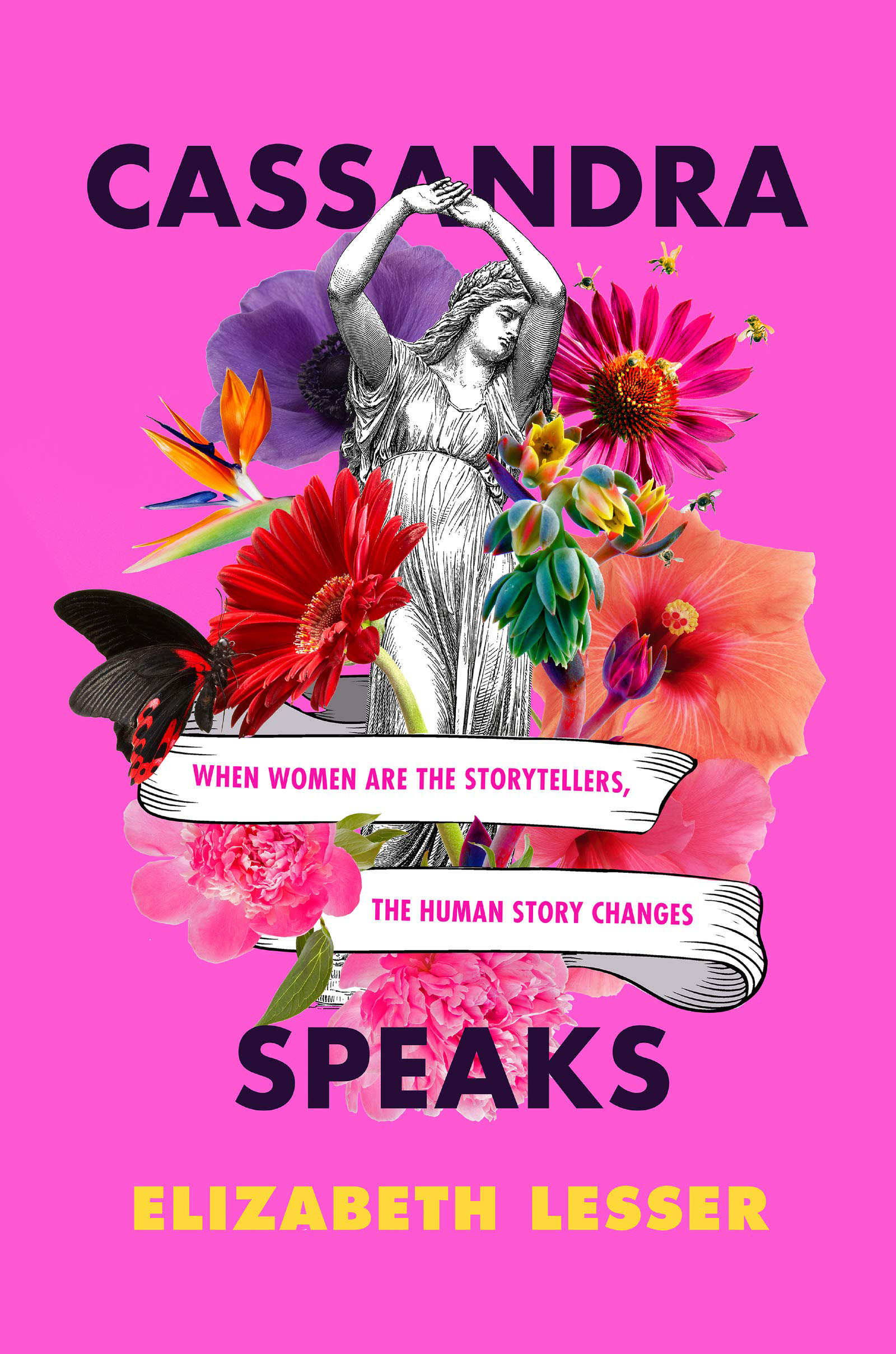 World Book Day falls on April 23, providing an opportune moment to discuss a book that has impacted me recently – Elizabeth Lesser’s Cassandra Speaks: When Women are the Storytellers, the Human Story Changes.

Before we go any further, I should probably confess, I have a habit that the Japanese refer to as “tsundoku” – continually stocking up on books, without stopping to wonder how I will ever have time to read them all in this lifetime. Thankfully, Bill Gates gave me an idea with his “think weeks.” I lack the desire to spend an entire week alone in a far-flung location. However, my husband visits his parents for the weekend with the kids in tow a few times per year. This provides me with a couple of days to catch up on my reading stockpile.

The most recent of these was Cassandra Speaks, a book that encourages women to think with courage and confidence. Within the book, Elizabeth – the cofounder of New York’s Omega Institute – questions how the modern world may differ through a female storytelling viewpoint, noting how countless myths and legends focus on the male perspective. The title is a reference to the Greek mythology Cassandra who had the ability to see the future, but frequently found her prophecies ignored and belittled.

I found myself drawn to the subject matter as I felt a kinship with the author. Like Elizabeth, I dream of a better, more equal future, with women’s voices granted equal volume as those of men. Elizabeth notes how any storyteller can shape the world around them, and how a historical female perspective could have led to a vastly different modern reality.

It’s who tells the story.”

One of the most well known stories from Greek mythology is the legend of Pandora’s Box, discussed in the book. For the uninitiated, a Titan named Prometheus created mortal men with the permission of Zeus, the King of the Gods. Alas, Prometheus later enraged Zeus by presenting man with the gift of fire. Zeus had no desire to see mortals flourish and feared any threat to his power.

Prometheus was chained to a mountain, destined to spend eternity being pecked and consumed by crows. Zeus continued his campaign of vengeance by creating Pandora, the first mortal woman in Greek mythology, and sent her to live among men.

Pandora was ‘gifted’ with “a foolish and idle nature” by Zeus; a “beautiful evil … not to be withstood by men” by Aphrodite, Goddess of love and beauty; a “shameful mind and deceitful nature” alongside “lies and crafty words” by Hermes, the Messenger of the Gods; and “women’s curiosity” by Hera, the wife of Zeus.

Pandora was to be wed to Epimetheus, brother of Prometheus, and was presented with a sealed jar (often mistranslated from Ancient Greek as a box) as a wedding gift by Zeus. Pandora was instructed not to open this jar under any circumstances, and she abided by this ruling – for as long as she could.

Eventually, alas, curiosity overcame willpower, and the jar was opened. Zeus had trapped all of the world’s ills within this box, releasing sickness, famine, hunger, hatred and more. Terrified by what she had released into the world, Pandora slammed the lid closed, trapping one final item inside before it too could escape – “hope.”

Having spent my share of time working in male-dominated environments where I have been told to stay in my lane and let the men talk, I feel for Pandora. Her story is essentially the template for every sexist, misogynistic belief about women still touted to this day – and it all stems from a story written by a man. She is blamed for everything that could go awry, and worst of all, prevented the one thing that could have improved matters.

This reminds me of one of my favourite quotes, which is mentioned in the chapter of Elizabeth’s book. Dr. Sally Roesch Wagner, a noted historian of the Women’s Suffrage Movement, memorably explained that “history isn’t what happened. It’s who tells the story.”

Perhaps, if Pandora’s story was to be told today, Zeus would be portrayed as the antagonist – correctly, in my view! It was Zeus that trapped these evils in a jar, based upon his own petty and spiteful whims and ego, and created the opportunity for somebody else to unleash them. In doing so, he crafted a convenient scapegoat.

I’d like to rewrite Pandora’s story for you. As discussed, Pandora’s presence in the world of men was intended as a curse, not a gift. Zeus and his fellow Gods and Goddesses could not imagine any world in which men and women could co-exist. Perhaps they could see the future and caught an early glimpse at a woman’s Twitter feed after she dared to voice an opinion.

Let’s reconsider each of these ‘gifts’. A “foolish and idle nature” could be read as a willingness to dream big. The “beautiful evil … not to be withstood by men” could be reconfigured as a charismatic nature, drawing people to Pandora and encouraging them to hear her voice. The “lies and crafty words” were an ability to think critically. As for the dreaded, “women’s curiosity” … well, I’m leaving that as it is, thank you!

Pandora used her intelligence, charisma and logical thinking to explain that Zeus was not to be trusted or followed without question. Rallying a team of like-minded souls, Pandora led a party to rescue Prometheus, thanking him for his gift of fire and inviting him to share in its warmth along with her fellow mortals.

Pandora embraced her curiosity and opened the jar. The world’s evils were indeed released … but so too was hope. Hope for a better, more equal future, and that we will overcome the challenges thrown into our path – something that continues to drive me, and countless other women and men, across the world.

I would like to conclude with another quote – and, again, this is cited in Cassandra Speaks. I’m sure you’re starting to see why I was so inspired by this text! Elizabeth herself uses her book as a springboard for some fascinating questions. The quote comes from Michelle Obama, somebody that inspires me every day, and it reads like so.

– they are not that smart.”

We all have doubts in our abilities. That is normal. Keep being aware you don’t “know it all” and see yourself accurately without overestimating yourself while remaining humble. However, have confidence in your strengths and realize that you are not alone. Above all, remember – you have the right to be the hero of your own story, and nobody tells it better than you.