We need to stop differentiating between male and female leadership. The only thing that matters is good leadership

We need to stop differentiating between male and female leadership. The only thing that matters is good leadership.

It’s no secret that there are many advantages to being part of the LEAD Network. For me, one of the major perks was the opportunity to attend the annual network event in Madrid in November 2019. The personal and professional highlights were varied. For example, I finally got the opportunity to meet with my mentor, Mick Broekhof. Mick is one of the founding members of the LEAD network, and his support and advice have been instrumental to me. Having the opportunity to shake Mick by the hand and converse with him face-to-face was a real delight. There were plenty of additional highlights, too. It was a packed day, filled with exceptional and thought-provoking content. To this end, I am keen to capture some of the take-home messages that really struck a chord with me. 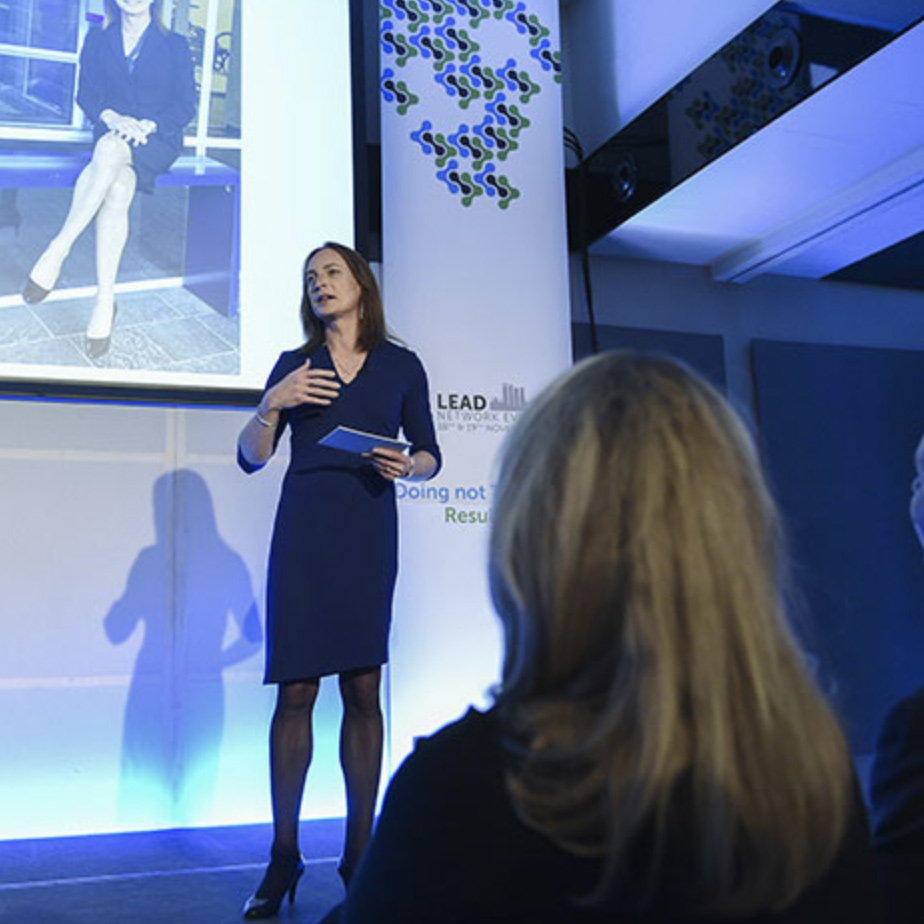 An hour-long conversation with Patrick Smallcombe, Company Group Chairman EMEA of Johnson & Johnson, was eye-opening. Despite his seniority, Patrick was extremely approachable and a veritable fountain of knowledge. Happily, he is also a bona fide advocate for equality and understanding of all employees and their needs.

One of the things that I found interesting about Patrick was that he is a self-confessed introvert. He admitted that this caused him some initial challenges when working within a new culture, as he found that his colleagues were considerably more extroverted than himself. Patrick overcame his own introversion when he felt that he needed to speak up, as he had new perspectives and insights to share. This is something that is clearly important to Patrick. He made it clear that he values expertise, which may stem from different – sometimes external – perspectives.

Patrick cited the Millennial generation, in particular, as being extremely keen on being considered experts in a chosen field. It is hugely important to nurture this hunger and motivation. Expertise is never a bad thing, after all, and we are discussing the next generation of boardroom executives here. The more confident and competent our younger colleagues are, the greater the chances of success in the business world in the future.

The conversation with Patrick was long and fluid – so much so that it would be impossible to capture in its entirety here. I was delighted to discuss the importance of bespoke female leadership programs though. Patrick made it clear that we have all done enough talking about how important female leadership is. Now is the time for action. Patrick agrees that we need to set strong, well-defined targets and take action to bring more women into boardrooms throughout the world. Patrick was fascinating company, and somebody that I’m sure many people have learned from over the course of his career. However, there were many more highlights of the Conference. These too merit discussion and acknowledgement.

The many and varied presentation speakers covered a great deal of information. Some of the key learnings from these sessions included:

Naturally, there was also a great deal of talk about women in the workplace. Ian Mumby, Director of Product Supply for Waitrose, struck a particular chord with me. Ian claimed that he often interviews men that are wholly unsuitable for a position but pursue it with confidence anyway. Ian said wishes more women would attack opportunities with the same vigour, rather than waiting until a particular set of boxes are ticked.

Emer Brady, Global Digital Capability Director at Mars, also had some fascinating insights. Emer discussed negotiations and shared statistics that prove women in the workplace are skilled negotiators … when it comes to striking deals for other people. A study conducted by the Ivy League university Stanford found that women outperformed their male counterparts by 23% when negotiating for others. Emer was at pains to point out that we now need to step up and negotiate better for ourselves, and to use these skills to gain that which we deserve. Too many women, it appears, do not play their strongest hand when negotiating for themselves. Emer reminded everybody in attendance that women need to think like their boss and stop using apologetic language when asking for what they are worth. Discussing your experience and accomplishments is not bragging. If you stick firmly to facts, where is the problem?

Caroline Farberger, CEO of ICA Insurance, provided another highlight of the conference. Caroline shared a uniquely personal story that moved me to tears. Caroline was assigned male at birth and began her career while identifying as male. Later in life, while holding the position of CEO, Caroline finally felt ready to embrace her true identity. She began to identify as female, having informed her employer five months in advance of the impending change. She changed her name from Carl to Caroline and underwent gender correction surgery. Caroline pointed out that she did not receive any negativity or hatred from the outside during this process but it remained the toughest time of her life. Many people in a similar position are unable to make it through the process. Indeed, the statistics surrounding transgender individuals are shocking.

Caroline is in the unique position of experiencing the corporate world from both the male and female perspective. While she thought she understood the nature of gender imbalance in the boardroom, it soon became apparent that this was not the case. After she began identifying as female, Caroline found that other women in the workplace were more comfortable approaching her and sharing examples of discriminatory behaviour they had been subjected to. This made it clear to Caroline that the problem of gender imbalance in the corporate world is far from resolved.

Caroline now has first-hand experience of the power imbalance between genders, and male privilege. She explained how eye-opening it was to see how women are treated in the workplace. Caroline notes that women are expected to dress and act in a particular way to convey a certain impression of professionalism, when no such caveats are attached to men. She noted how she now needs to allow plenty of extra time to prepare in the morning too. This could have been a tongue in cheek comment, but it does tie into the issue that the clothing choices of women in business are scrutinised and judged in a way that a suit and tie never are. First impressions have taken on a whole new dimension for Caroline.

Ultimately, Caroline was keen to share a pivotal message. We need to stop differentiating between male and female leadership. The only thing that matters is good leadership. She also stretched the importance of inclusivity and the ability to take on-board opinions from a range of different cultures and perspectives. Everybody around a table has the right to be heard, regardless of whether they are the first or last person to speak. Perhaps above all, Caroline was keen to point that it’s OK to be who you are. Your personal life is just that – personal. If it does not infringe upon your ability to perform to a high level in the workplace, it has no relevance to your business life.

Finally, discussions surrounding talent acquisition provided some very thought-provoking outcomes. Blind CVs, with no data surrounding gender, are becoming increasingly popular. Francis Hoefman and Fabrice Beaulieu of Reckitt Benckiser also shared some interesting insights, gleaned from Harvard research. It is suggested that a vacancy is more likely to be filled by a female applicant when multiple women are shortlisted for interview.
The Harvard Business Review has a great deal more to say on this subject, and is well worth looking into.

I’ll sign off with a closing thought. Diversity in the workplace is our strength and the key to solving problems. We’re taking steps toward a more diverse future but we’re not there yet. The change is still frightening to some. It’s up to all of us to overcome that fear and create a unified corporate world. That was a driving force of the LEAD Network event, and that remains a personal mission for me and countless other working women, and men, all over the world.