The first UK LEAD meeting of 2018 was hosted by American Express, the largest turnout of attendees and the focus was on utilising the coaching tool GROW and networking.  Christina Taylor used her training model to show that coaching is ‘Doing, not trying’ to extend individual’s own coaching style and also that of their company.  Peter Higgs once again talked about the benefits of networking and how to handle those difficult situations when involved in networking.  The UK LEAD strategy for 2018 was launched with the goal of increasing LEAD UK Chapter membership to over 550 and ensuring that the members see the chapter meetings and conference as real value to themselves and their companies. 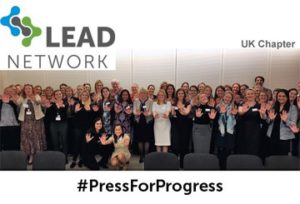