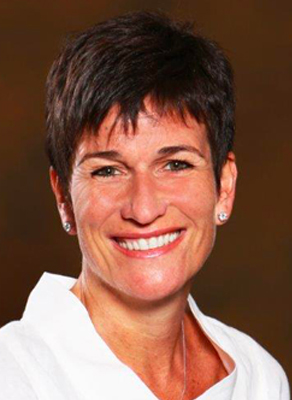 Honest feedback helps careers take off – provided it’s delivered in a constructive and sensitive way. That’s the view of Sandra MacQuillan, LEAD Advisory Board member and Senior Vice President & Chief Supply Chain Officer, at Kimberly-Clark.
Sandra, who trained as a mechanical engineer, has experienced this ‘tough love’ first hand. A turning point in her career came when a colleague pointed out that she needed to fine-tune her approach.
What had worked for her as she progressed through the ranks was no longer right once she became more senior.

Becoming a better leader
This honest feedback prompted Sandra to seek out a personal coach who helped her see where she needed to develop. She made the necessary changes and became a more effective leader as a result.
Sandra now applies the lesson within her own team. “Your responsibility as a manager and more importantly as a leader is not to just deliver praise and positive feedback,” she says.
“If you don’t give people honest feedback when they really need it, it can have a major impact on their career path.”

Reverse mentoring gets results
At Kimberly-Clark, 50% of the global senior leadership team is female. Since joining, Sandra has been impressed by the company’s ‘reverse mentoring’ scheme which pairs leaders with mentors from lower down in the organization.
The programme helps managers see how their strategies and decisions are being received at a grass roots level. It also boosts employee engagement.

During her career, Sandra has worked for firms such as Exxon and Mars, in countries including Europe, the UAE, Russia, the Czech Republic and has now moved to the United States with Kimberly-Clark. Immersion in different cultures and companies has broadened Sandra’s horizons, both personally and professionally.
“Take interest in what else is out there in the world around you – open up your mind to new experiences and adventures,” she says. “It will help you mature and grow as a person.”

Decide what legacy you want to leave – develop your personal values and brand to ensure you are consistent and always make an impact.
•
Take risks – it energizes you and is a great learning experience, whatever the result.
•
Build a network of peers to exchange ideas, advice and feedback without fear of being judged.
•