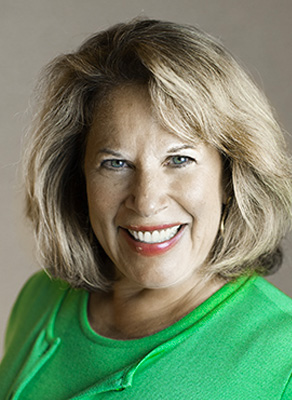 Chair of the LEAD Advisory Board

Invest in your network

Women do not invest enough in their networks. And that’s something Helayne Angelus, chair of the LEAD advisory board, is committed to changing.

Helayne has a career spanning more than 30 years in the consumer goods and retail industry, as well as being the founder and former president of NEW – Network of Executive Women – in the US.

At Procter & Gamble, she was a driving force in building a much stronger presence for women throughout the business.

She believes LEAD can play a key role for the food industry, by filling a gap that has long existed in Europe.

Building better connections
“Both retailers and manufacturers have similar challenges – women in the upper echelons of their organisations do not have the chance to regularly share and create business opportunities,” she says.

LEAD can be part of the solution, by giving women access to role models, key business insights and learning opportunities to support them in the pursuit of their career goals.

A mission to change corporate culture
Helayne joined Procter & Gamble’s sales team in the late 1970s, at a time when only 3% of the firm’s leaders were female. P&G’s recruiters visited Columbia University, an all-male institution, in a search for new talent, but Helayne attended Barnard, which was all female. Through sheer determination she signed herself up on the all-male interview schedule – and got the job.

In time, Helayne embarked on a mission to drive a change in corporate culture to make it easier for women to achieve their professional goals, within an environment of support, coaching, mentoring and sponsorship.

Diverse companies perform better
Research shows that diverse organisations outperform those that are homogenous. This reaches beyond gender to include age, sexual orientation and ethnic origin.

Helayne points out that those businesses which have women present in the C-suite also generate better financial returns.

The role of male leaders is also critical to attract, retain and advance women within their organisations. Helayne wants LEAD to be an inclusive environment, where men have a place, and where they too can benefit from training and personal development.

“Retailers need to think differently about how to provide more flexibility in the workplace for women who strive for career development but who also want to be present for their families, especially in more operational roles,”