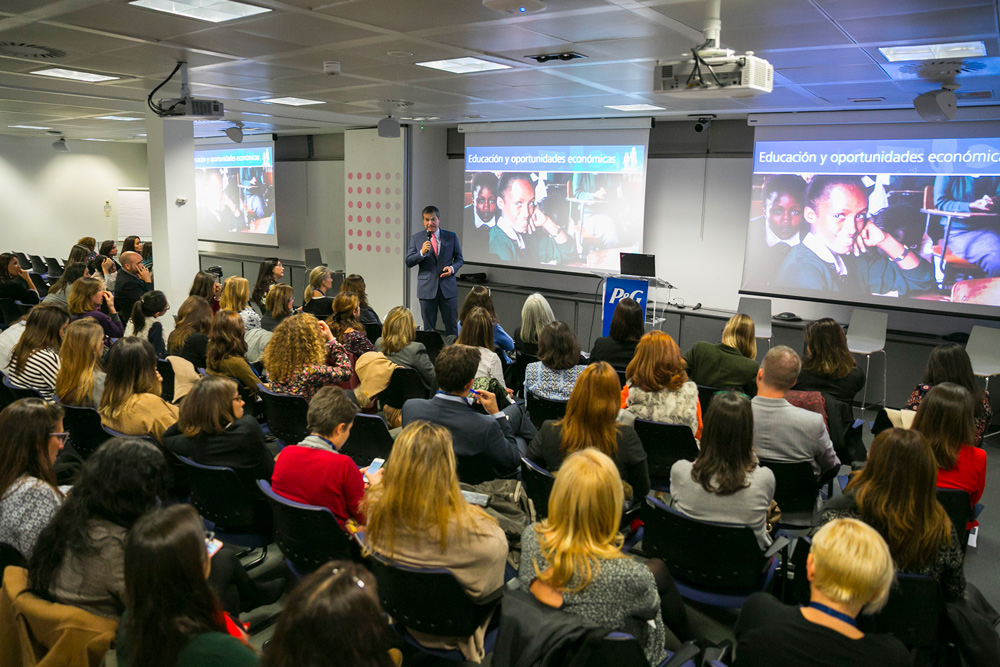 On November 30th, close to 100 women and men from the CPG & Retail industry in Spain and champions of promotion of gender equality gathered at the P&G offices in Alcobendas, Madrid, for the LEAD Spanish Chapter Autumn Event of the year.
Ana González, P&G LEAD Spain Chapter member, opened the event and presented Sharon Jeske, LEAD Network Executive Director, who explained the organization, mission and the results of LEAD scorecard presented in Amsterdam. It measures gender diversity among executives in retail and consumer goods industries in Europe, mentioning top scoring Company’s Sweden’s ICA Gruppen, which reported 40% of women executives, as well as Procter & Gamble, which reported 32% female executives.

Following Javier Solans, Country Manager P&G España and Portugal, shared the company’s efforts to build a corporate culture that reinforces women as leader’s development, offering them the possibility of continuous growth and supporting them to give their best at work. In addition, he showed P&G’s video that summarizes their view on gender equality (click here), and examples on how to use corporate and brand voices, to increase social awareness through advertising and the media, which aims to break stereotypes and fight gender bias generatig conversations that promote change.

“We are proud of the progress we have made at all levels in P&G. We have achieved parity in our Lead Team, but we do not want to stop there. We see that we still have areas for improvement and it is there where is our challenge: we want to be an example of equality between men and women” said Javier Solans.

Then a lively panel took place with the testimonies of Mercedes Wullich, Director of Gender Capital and Mujeres&Cía, Diane Tucci, VP/Country Manager de Costco Wholesale Spain, and Eva Soto, Supply Chain Planning Sr Manager from PepsiCo, who shared real cases and the different efforts made by companies to promote gender equality within their own organizations and their personal experiences. Many questions arose and there was a highly active participation to answer real cases exposed by attendees.

Following the panel, a presentation was given by Marta Pérez, General Director of FECE, Spanish federation of Home Appliances retailers and President de Inspiring Girls in Spain, organization that seeks to increase professional ambition of school-age girls, as well as their work expectations, helping them visualize the variety of professions and jobs that exist, and that being a woman has no limitation to what they can achieve based on work and effort. All through a professional women “back to school” sessions from all sectors, which serve the girls as example and reference.

Ana González and Adriana Vazquez Estevez, LEAD Spain chapter leader, closed the meeting by inviting everyone to join LEAD and the next event, which will be hosted by GSK.

The LEAD Network would like to extend a big thank you to Ana González and the P&G team for hosting and organizing this successful event. 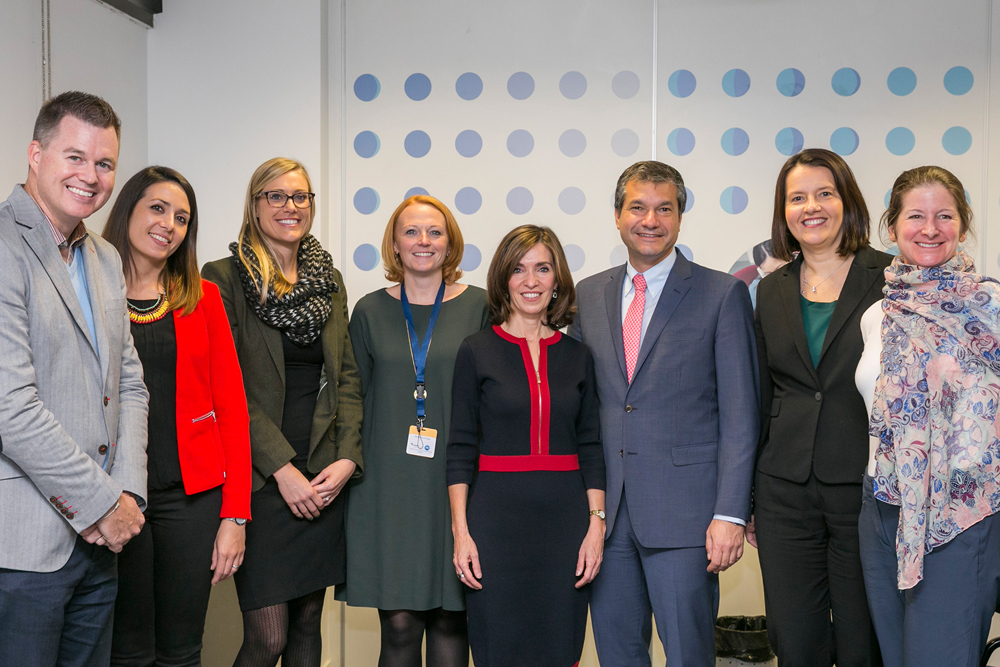