Back to the Advisory Board page 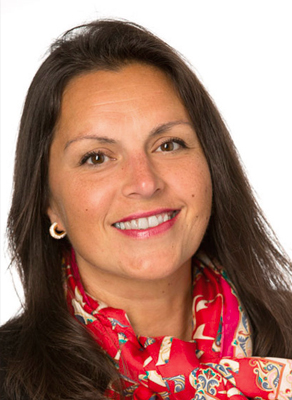 Béatrice was born in Paris and joined Procter & Gamble in France in 1990, right after graduating from French Business School. Starting in the field, she rapidly moved to headquarters to manage her first key customer.

Her expertise led her to various assignments in key account management and Trade Marketing, In ten years, Béatrice has managed at different levels key French and international customers and has covered many P&G categories in Trade Marketing, Fabric, Home, Baby, Femcare and Beauty Care.

In 2001, Beatrice got promoted to Sales Associate Director and became Member of the French P&G Executive Board.

In 2005, she moved with her husband and 2 children (8 years and 4 years old) to P&G International Operations in Geneva to pursue her international career.

She started with European responsibilities, as Trade Marketing Associate Director for Feminine Care, then was promoted to become Director Customer Business Development.

In 2011, Beatrice became Global Trade Marketing Director for the P&G fragrance business, which was her first immersion into the world of luxury brands and her first global role.

Since 2014, Béatrice is Sales Vice President, leading P&G global business for a large international customer with a very diverse team spread around the world. She is still based in Geneva with her family.

Her engagement in diversity really started in 2006, a short time after moving to Geneva, when she realized that it has not always been easy to be a working mum with a dual international career, and that she could help others. Hence, Beatrice became engaged in the Sales D&I community and led this team in Europe for 10 years. Since 2016, she is the Global P&G Sales D&I leader, on top of her business responsibilities.

Her passion for diversity has expanded outside of P&G, and amongst other initiatives, she has decided to join the LEAD Network. Béatrice strongly believes that LEAD can make a real difference in the FMCG industry thanks to its clear mission and ambitious plans, the passionate LEAD volunteers, and the power of retailers and suppliers committed together to drive change.

“Through our actions and the conversations that we spark, we aspire to build a better world for all of us – inside and outside of P&G – free from gender bias and with equal representation and an equal voice for men and women.

Creating a better world through Gender Equality is a P&G Citizenship priority. As a Company that understands women, we are leveraging our insights to uncover gender bias and taking actions to spark conversations and motivate change.

We are doing this through our brands, with our corporate voice, and with our people and partners inside and outside of our Company. This is why P&G is a foundation partner of LEAD in Europe, and why I have accepted to join LEAD advisory board.” –
Béatrice DUPUY, President & General Manager for France, Belgium, Luxemburg & the Netherlands